Jack Tripper is the male roommate in the ABC sitcoms Three's Company and Three's a Crowd, based upon the character, Robin Tripp of Man About The House and Robin's Nest. Jack was played by John Ritter.

Jack served in the United States Navy. He was discovered in Janet and Chrissy's shower on the morning after a party they threw, explaining, "I came with a friend who knew one of the gate-crashers." He previously lived at the YMCA and needed a place to stay. Janet reasoned with the landlord, Stanley Roper, and he agreed that Jack could stay because Janet told Mr. Roper that Jack was gay. Jack was, however, actually straight (the comedy stemming from having to "play gay" provided much of the story for the sitcom). He has an older brother named Lee who once came to visit the apartment and Jack displayed his feelings of inferiority when compared to Lee; Jack felt perpetually in his shadow when they were children. Jack Tripper Sr. was played on the series by comedian Dick Shawn. In the Season 7 episode "Extra, extra", his mother was played by actress Georgann Johnson.

Jack is known for being a klutz. Much of the character's humor is derived from slapstick comedy. He is extremely clumsy and accident-prone, and is well known for his comic pratfalls. Jack also is a sort of ladies' man, but is also, however, kind-hearted and demonstrates loyalty and a willingness to stand up for his friends and those he cares about. Despite having been a boxer in the Navy, he often cowered and allowed other men to bully him. Jack has his own bedroom while the two girls share a second bedroom. Jack has a poster of The Beatles, as they appeared late in their career, hanging on the wall above his bed.

Jack attended the Los Angeles Technical College on the G.I. Bill for a degree in culinary arts and held down odd jobs in his spare time. After completion of his schooling, he found full-time work as a chef working for a popular restaurateur named Frank Angelino (Jordan Charney). Later, with Angelino's help, he eventually opened his own restaurant, Jack's Bistro.

When one of his roommates (Janet Wood) gets married to Phillip Dawson in the Three's Company series finale, Jack proposes to flight attendant, Vicky Bradford. Even though she loves him, Vicky turns him down since she doesn't want to get married and wants them to live together instead. Jack refuses at first but then changes his mind and they move into the apartment above his bistro (Three's Company then ends and the series becomes Three's a Crowd with Vicky and Jack living above his bistro and Vicky's father having purchased the bistro from Mr. Angelino) 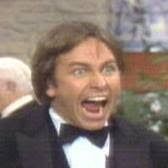